You have the most important job in the world. But sometimes it can feel like the world is on your shoulders. Let us help you through it. Explore this guide to get strategies for your kids’ well-being, and yours.

Caring for your children and yourself

Nothing’s more important than your family

It’s been a challenging year for families everywhere. In some ways we’ve gotten closer, and in others, we’re ready for a break. Despite these unique times, one thing remains: The health and well-being of your children is everything.

Your Blue Cross Blue Shield of Michigan plan has options to care for your kids’ mental health needs, just like it does their physical ones. And, don’t forget — you matter, too. These options extend to everyone on your plan, including the people your kids call mom and dad.

Call us – we’re here to help

You’ve got their back — we’ll have yours

Parents are usually the first to notice any changes in their child’s moods or behavior. When that happens, the last thing you need is the added stress of finding the right provider. That’s where we can help.

Give us a call, and we can match you with an in-person therapist who meets your child’s needs. We can also see if that therapist offers virtual visits.

Whether you want to talk to someone in person, or virtually from your couch, we’ve got you covered. You can even explore online learning that’s self-paced. Explore all your options now. Get support

Your partner in your child’s health

You can speak with your child’s family doctor or pediatrician if you have concerns about any aspect of your child’s health — including their mental health. Your child’s doctor can offer their medical opinion and provide you with a list of referrals, if needed.

Don’t have a regular doctor for your child? You can log in to your Blue Cross Blue Shield of Michigan member account to find one.

Common conditions in children or adolescents 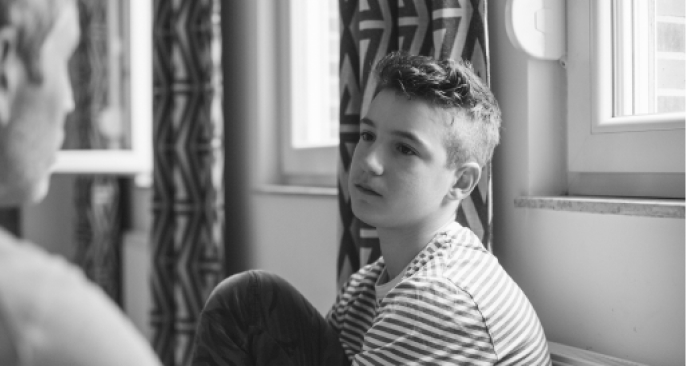 ADHD
Attention deficit hyperactivity disorder is a complex developmental disorder that can affect a child’s or adolescent’s ability to learn or have friendships. Symptoms usually appear between ages 3-61 and can include lack of focus, temper tantrums and forgetfulness, exhibited both at school and at home.

Anxiety
A growing number of children under the age of 10 are living with anxiety, and many are not receiving treatment.2 Keep an eye out for trouble sleeping, frequent complaints of feeling ill, excessive worrying, restlessness and other similar symptoms.

Depression
While most teens can often appear disinterested, longer term sadness, guilt and changes to appetite and weight can be signs of depression. Roughly 13% of Americans aged 12-17 said they experienced at least one major depressive episode in 2017.3

A handy reference booklet for parents

We know behavioral health can be a challenging topic, especially for those caring for children and adolescents. This booklet will give you tools and information that can help. DOWNLOAD (PDF)

Much of your time is spent focusing on your family. So, it’s easy to forget to check in with yourself, or make yourself a priority. That’s why your plan gives you options for behavioral health care that work with your schedule.

Routines the whole family can do 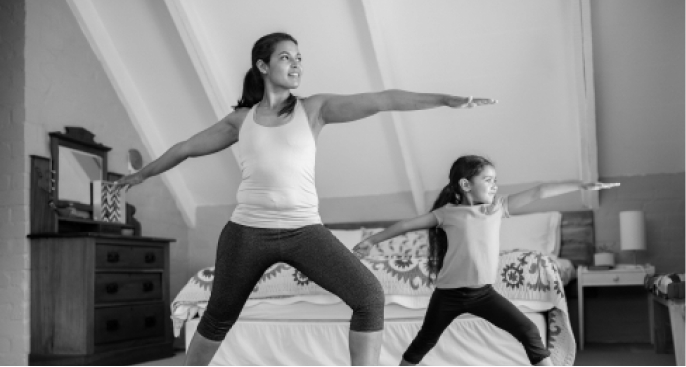 Short meditations
Short meditations can help reduce anxiety for both kids and adults. Taking time to sit still and listen to thoughts without judgement for as little as 10 minutes a day could make a difference.

Regular exercise
Starting a family exercise routine is a great way to bond with your kids. Plus, it can help everyone clear their mind and have fun. Just an evening jog or walk around the block can help.

Scheduled sleep
It seems obvious that getting good sleep is necessary for healthy minds, but many teens and children suffer from a lack of sleep. Staying on a regular routine and avoiding screen time at night can drastically improve sleeping patterns.

National Suicide Prevention Lifeline
If your situation requires immediate assistance to prevent death or serious harm to yourself or others, please seek help at your nearest emergency room or call the Suicide and Crisis Lifeline at 988 lifeline or 1-800-273-8255.
National Domestic Violence Hotline
Call 1-800-799-7233 for anonymous, confidential support 24/7.

Learn more about behavioral health, including common conditions and definitions.

A new poll finds many teens show signs of anxiety and depression during the pandemic.

Know the impact
A Healthier Michigan

Several factors can keep children from getting the help they need.

Learn strategies to help your kids feel confident and strong.

Make time for your behavioral health with these programs and services.

Check in on your mental fitness and learn how to get confidential support.

Good health unites all of us. Get tips for a strong mind-body connection.